Heading off to college means a lot of new experiences — taking classes, living independently for the first time and managing expenses for tuition, housing food, books and more. Budgeting for this new stage of life can be challenging, no matter how long you have planned for it — whether you are parent or a college bound student. 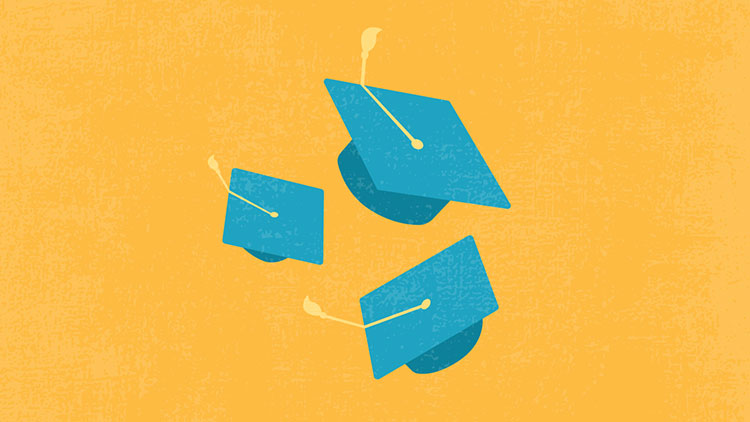 Higher education, which includes four-year colleges and universities, trade schools and two-year institutions, is one of the most important investments that you can make. Pew Research Center found that among millennials in 2012, the unemployment rate for high school graduates was 12.2 percent compared to a much lower 3.8 percent for those who have completed a bachelor's degree or more. Yet it's a choice that must be carefully considered.

The average cost of going to college can range from $15,640 at public institutions to $40,614 at private nonprofit institutions per year, according to the National Center for Educational Statistics. While many students pursue higher education, the cost for some may be too high. According to a 2016 student debt report from the White House's Council of Economic Advisors, earning a bachelor's degree typically results in earning $1 million more than those with high school diplomas over a lifetime of work.

But even with a college education, a better life is not a given — student loan commitments can be costly and difficult to pay off. The 2016 White House report states that as of 2015, outstanding student debt had grown to $1.3 trillion, due in large part to rising enrollments and a greater share of students borrowing. While the average loan size has also increased, the average undergraduate borrower owes $17,900 in debt.

Deciding to pursue higher education and the path to a successful career varies from person to person. There are three general types of post-secondary educational institutions to consider:

Classes
Your high school transcript is just one part of your college application, but it can have a significant impact on whether you're accepted. If your high school offers Advanced Placement (AP) classes, consider enrolling. A high enough score on an AP exam saves you from paying tuition for the equivalent college course and can even help you graduate sooner from college.

Standardized tests
Though an increasing number of colleges and universities no longer require submission of standardized test scores, Scholastic Assessment Tests (SATs), SAT subject tests and American College Testing (ACT) are still widely used in the application process to assess students from both public and private high schools. Signing up for prep courses and taking the tests several times can pay off. For many colleges, higher test scores can have a substantial impact on grants and scholarships. Be sure to research what the standardized test requirements are for each of the colleges that your child plans to apply to. Remember, there are often fee waivers for low-income students.

It can feel overwhelming to decide where you want to be after high school graduation and figuring out how you're going to get there. Fortunately, there are many online resources that can help a student create a plan and stick to it. Many high schools have their own college counselor who can help people stay on track with their college application preparations.

What are you spending on lunch? Calculate your spending, learn cost-cutting tips and save money.

Explore your options for reducing tuition costs and getting financial aid to pay for skyrocketing college fees.

As your finances change, it’s important to adjust your budget. Track your current expenses and make adjustments as necessary.

What College Students Should Learn About Money